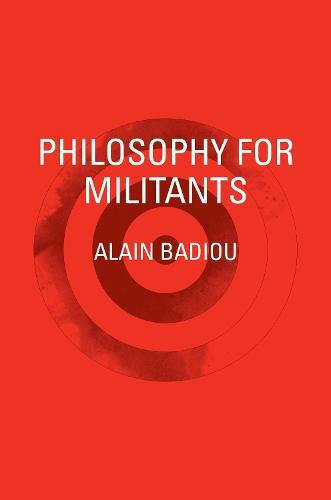 This concise, accessible volume captures the relationship between politics and philosophy as it is conceived in Alain Badiou’s work.
Harking back to his mentor Louis Althusser, Badiou explains how politics conditions philosophy, while suggesting that philosophy itself may be needed to clarify the truths produced within the political condition. Badiou also offers an intriguing take on what he calls the four major ensembles of French and, more broadly, Western society today, in which new emancipatory forms of politics are emerging: students, the young, workers and immigrants. Badiou concludes with a return to the notion of communism, here defined as an answer to the obscure knot that ties politics, philosophy and democracy.
$12.99Add to basket ›

END_OF_DOCUMENT_TOKEN_TO_BE_REPLACED

Inclusion of the Other: Studies in Political Theory

Beyond Good and Evil

Either/Or: A Fragment of Life

A Little History of Philosophy