The Shinar Directive: Preparing the Way for the Son of Perdition’s Return 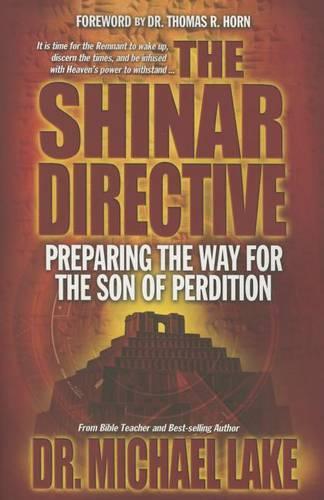 The Shinar Directive: Preparing the Way for the Son of Perdition’s Return

The Shinar Directive serves as a kingdom intelligence briefing for God’s people in the twenty-first century.On the ancient plains of Shinar, an evil was born: The first world king, the prototype transhuman, the ultimate despot, the Son of Perdition–Nimrod. In Babylon, the Son of Perdition devised the Shinar Directive: the enslaving of humanity and the war against the God of Heaven. God’s intervention at the Tower of Babel only delayed his hellish plans. The Luciferian Elite now control three key circles of influence in the world: financial, political, and religious. However, controlling these three systems was not enough. The laborers of Mystery Babylon have been quietly planning and waiting for thousands of years for the releasing of the Watchers of Genesis 6.Now armed with developing Watcher technologies, the Elite will use transhumanism and mind control to build the Joel chapter 2 army: the army of the Antichrist. We are beginning to realize that the mark of the Beast and the image of the Beast are much more than we could have ever imagined; beyond an implant and beyond a physical mark, they will affect DNA and who we are at a molecular level!As the powers of Mystery Babylon gather to create the new Tower of Babel and prepare for the Son of Perdition’s return, Heaven is issuing a clarion call to the Remnant: Know the strategies of the enemy, untangle yourself from it, and become the victorious Church! Heaven’s Jewish Apostle of Love, John, reveals the coming conflict in his book of Revelation and provides the ancient Hebraic wisdom encoded in 1 John to equip the bondservants of Messiah with the tools of the kingdom to overcome the Shinar Directive!