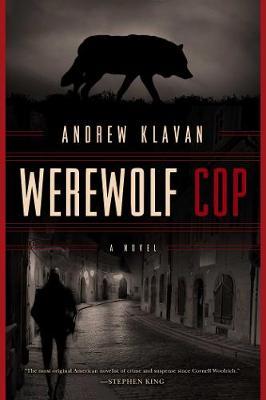 Zach Adams is one of the best detectives in the country. Nicknamed Cowboy, he’s a soft-spoken homicide detective from Houston known for his integrity and courage under fire. He serves on a federal task force that has a single mission: to hunt down Dominic Abend, a European gangster who has taken over the American underworld. After a brutal murder gives them a lead, Zach and his tough guy NYPD partner Martin Goulart feel like they’re finally on Abend’s trail. But things get complicated - and very,very weird.
Goulart’s on-the-job enemies are accusing him of corruption. And Zach is beginning to suspect that Abend’s evil goes beyond crime-perhaps to the edge of the supernatural. As his investigation continues in Germany, Zach finds himself lured into the impossible.
In a centuries-old forest under a full moon, a beast assaults him, cursing him forever. In the aftermath, Zach is transformed into something horrible - something deadly. Now, the good cop has innocent blood on his hands. He has killed - and he will kill again - in the form of a beast who can’t be controlled or stopped. Before he can free himself, he’s going to have to solve the greatest mystery of all: How can you defeat evil when the evil is inside you?
$46.99Add to basket ›