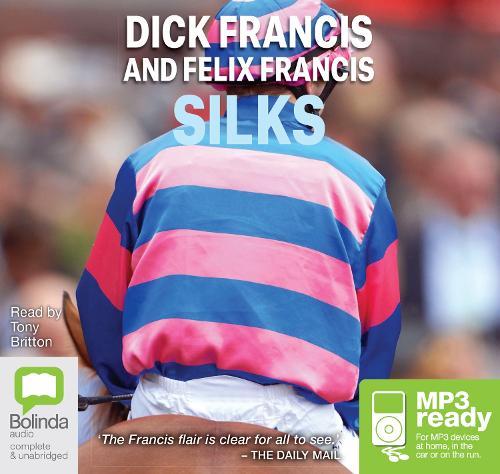 When defence barrister Geoffrey Mason hears the judge’s verdict, he quietly hopes that a long and arduous custodial sentence will be handed down to his arrogant young client. That Julian Trent only receives eight years seems all too lenient. Little does Mason expect that he’ll be looking Trent in the eyes again much sooner than he’d ever imagined. Setting aside his barrister’s wig, Mason heads to Sandown to don his racing silks. An amateur jockey, his true passion is to be found in the saddle on a Thoroughbred, pounding the turf in the heat of a steeplechase. But when a fellow rider is brutally murdered - a pitchfork driven through his chest - Mason’s racing life soon becomes all too close to his working life. The prime suspect is one of their brethren, champion jockey Steve Mitchell; the evidence is overwhelming. Mason is reluctant to heed Mitchell’s pleas for legal advice - but soon he finds himself at the centre of a sinister web of threat and intimidation. Mason is left fighting a battle of right and wrong, and more immediately, a battle of life and death … his own.