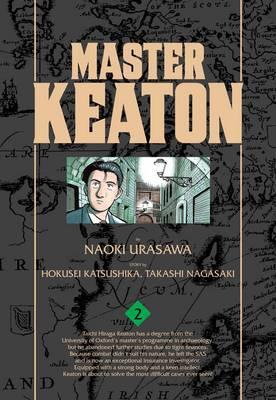 Taichi Hiraga Keaton is an insurance investigator educated in archaeology and trained in SAS survival combat who’s about to take on the world, one case at a time! Taichi Hiraga Keaton, the son of a Japanese zoologist and an English noblewoman, is an insurance investigator known for his successful and unorthodox methods of investigation. Educated in archaeology and a former member of the SAS, Master Keaton uses his knowledge and combat training to uncover buried secrets, thwart would-be villains, and pursue the truth… Taichi Hiraga Keaton has a degree from the University of Oxford’s master’s programme in archaeology, but he abandoned further studies due to tight finances. Because combat didn’t suit his nature, he left the SAS and is now an exceptional insurance investigator. Equipped with a strong body and a keen intellect, Keaton is about to solve the most difficult cases ever seen!