The Newfyjohn Solution: St. John’s, Newfoundland as a Case Study of Second World War Allied Naval Base Development During the Battle of the Atlantic 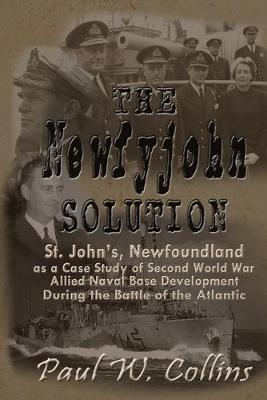 The Newfyjohn Solution: St. John’s, Newfoundland as a Case Study of Second World War Allied Naval Base Development During the Battle of the Atlantic

Historians believe that the May 1941 establishment of the Newfoundland Escort Force elevated the Royal Canadian Navy into a major combatant during the Second World War. This thorough and annotated study of The Newfyjohn Solution, tells the story of how St. John’s, Newfoundland overcame jurisdictional challenges and logistical hurdles as it evolved from a defended harbour into a major Allied escort base. The audience for The Newfyjohn Solution will be graduate students, researchers and historians studying the operational history of Newfoundland and Royal Canadian Navy, as well as those interested in how Second World War Allied naval bases developed during the Battle of the Atlantic.