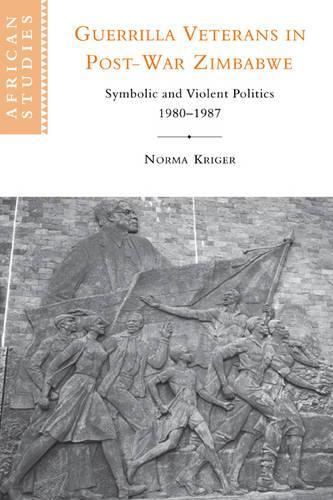 Zimbabwe’s guerrilla veterans have burst into the international media as the storm troopers in Mugabe’s new war of economic liberation. In this book, Norma Kriger gives the unfolding contemporary drama a historical background, and shows continuities between the present and past. Between 1980 and 1987, guerrilla veterans and the ruling party colluded with and manipulated each other to build power and privilege in the army, police, bureaucracy and among workers. Both relied chiefly on violence and appeals to their participation in the anti-colonial liberation war as they sought to vanquish their then political opponents. Today, violence and a liberation war discourse continue to be salient as Mugabe’s party and its guerrilla veterans struggle to maintain power through land invasions and purges of a new political opposition. This study gives a critical review of guerrilla programs and the war-to-peace transitions literatures, thus changing the way we view post-conflict societies.