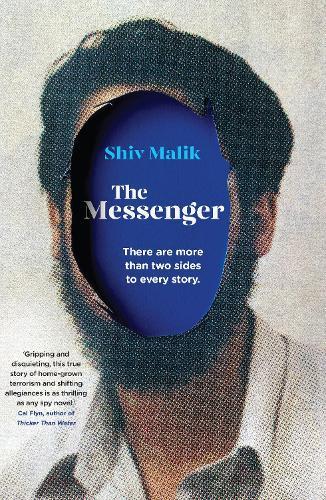 Every reporter knows the first rule of journalism: never betray your source. But what if your source turns out to be unworthy of your silence? What if it’s your source who betrays you?

The Messenger is about the unlikely friendship between two men looking to change the world - a repentant jihadist and a journalist. This troubling real-life thriller takes us from their first meeting in a spartan flat in the rough suburbs of Manchester, a bombing in Pakistan, dramatic arrest and Malik’s reporting career on the brink of ruin.
Six years later, Malik returns to this extraordinary story. He probes where we place our faith - in reams of evidence, in a government we believe is on our side, in a trusted source, in a terrorist who swears he’s changed, in a friend who has no one else but you. He asks the uncomfortable questions about why he, as well as the wider media and the nation, came to be so afraid. And he lays bare the deceits pedalled to us by governments and terrorists alike.
This is investigative journalism and storytelling of the highest order.
$29.99Add to basket ›