The Penguin Book of Russian Poetry 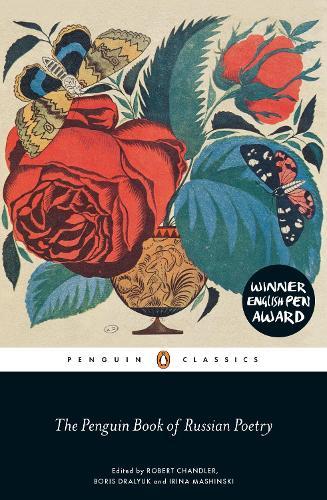 The Penguin Book of Russian Poetry

‘There are such easy ways to leave this life, to burn to an end without pain or thought, but a Russian poet has no such luck’
Whether romantic, realistic, surreal, mocking or blackly comic, poetry has been at the heart of Russian life and culture for centuries. This new anthology presents the best of Russian verse, from the ‘Golden Age’ of Pushkin and his contemporaries, through the symbolist Alexander Blok and Soviet-era subversives such as Osip Mandelstan and Anna Akhmatova, and on to lesser-known and modern works. The poems are presented in stunning modern translations by Robert Chandler and many others, with individual introductions to each poet, opening up the world of Russian poetry to English readers for the first time.
Edited by Robert Chandler, Boris Dralyuk and Irina Mashinski
With introductory notes by Robert Chandler and Boris Dralyuk
$27.99Add to basket ›