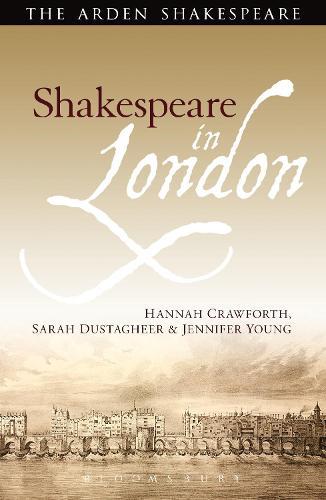 Shakespeare in London offers a lively and engaging new reading of some of Shakespeare’s major work, informed by close attention to the language of his drama. The focus of the book is on Shakespeare’s London, how it influenced his drama and how he represents it on stage. Taking readers on an imaginative journey through the city, the book moves both chronologically, from beginning to end of Shakespeare’s dramatic career, and also geographically, traversing London from west to east. Each chapter focuses on one play and one key location, drawing out the thematic connections between that place and the drama it underwrites. Plays discussed in detail include Hamlet, Richard II, The Merchant of Venice, The Tempest, King Lear and Romeo and Juliet. Close textual readings accompany the wealth of contextual material, providing a fresh and exciting way into Shakespeare’s work.