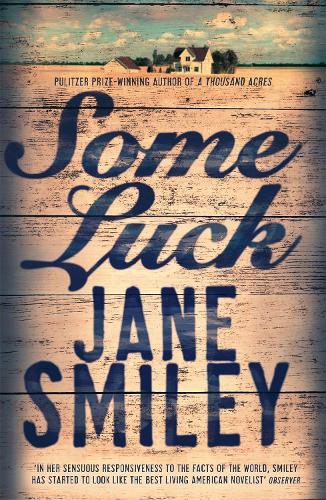 The first novel in a dazzling new epic trilogy from the winner of the Pulitzer Prize; a literary adventure that will span a century in America.
1920. After his return from the battlefields in France, Walter Langdon and his wife Rosanna begin their life together on a remote farm in Iowa. As time passes, their little family will grow: from Frank, the handsome, willful first-born, to Joe, whose love of animals and the land sustains him; from Lillian, beloved by her mother, to Henry who craves only the world of his books; and Claire, the surprise baby, who earns a special place in her father’s heart.
As Walter and Rosanna struggle to keep their family through good years and hard years - to years more desperate than they ever could have imagined, the world around their little farm will turn, and life for their children will be unrecognizable from what came before. Some will fall in love, some will have families of their own, some will go to war and some will not survive. All will mark history in their own way.
Tender, compelling and moving from the 1920s to the 1950s, told in multiple voices as rich as the Iowan soil, Some Luck is an astonishing feat of storytelling by a prize-winning author writing at the height of her powers.

Some Luck may be Jane Smiley’s fourteenth novel, but it’s the first work I’ve read of hers and, I have to say, it’s left me wanting to read more! Set in Iowa, in America’s Midwest, the novel follows a farming family, the Langdons, from the 1920s through to the early 1950s. Each chapter takes us through one year in the life of the family. The story flips from one Langdon to the next, beginning with the patriarch, Walter Langdon, as the family lives through some of the most pivotal moments of American history: the Depression, World War II and the Cold War. Often the narrative is told from the viewpoint of an infant, a device Smiley uses quite successfully. For each of the five children born to Walter and his wife, Rosanna, the reader is given an insight into their young minds, emphasising the individual personalities of the siblings. Like a parent, the reader gets to watch the children grow and develop into remarkable adults. While each child follows a different path, with only one of them choosing the farming life, the children always return to, and are forever emotionally bound to, the land on which they were raised.

This novel is essentially about living and getting on with your life, despite what’s thrown at you. There is nothing fast-paced about it, nor does anything overly dramatic occur. Yet, there is something absorbing about it. Finishing the story is almost like leaving some very dear friends behind. Smiley intends this to be the beginning of a trilogy, which will see the Langdon family well into the twenty-first century. I only hope I don’t have to wait too long for the second instalment!