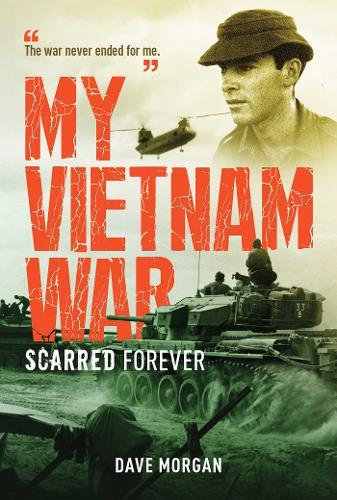 My Vietnam War is Dave Morgan’s story. A typical 20 year old, he was forced into extraordinary circumstances in Vietnam. Far from his carefree youth, the Vietnam War would expose Dave to an atmosphere of ever-present danger and sheer terror that would impact him forever. His return to a divided Australia would isolate him further. During his service Dave wrote home to his mother from Vietnam tracking the days and the events. In 1992, after his mother passed away, he found all of his letters with his own recollections and diary entries, and the short stories of seven other veterans, to capture the unbelievable danger and horror that these young men experienced in Vietnam. He also describes how Vietnam established life-long feelings of intense loyalty, trust and mateship between the men that served there. Dave’s story focuses on his time as a soldier and his return psychologically exhausted to a divided nation.