The Brewer of Preston: A Novel 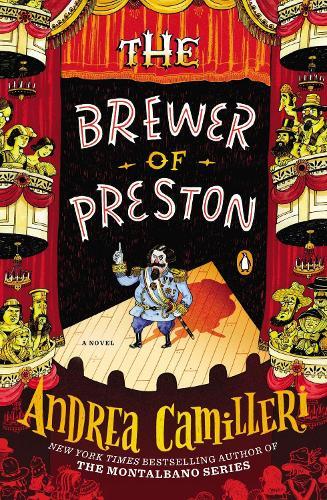 The Brewer of Preston: A Novel

The New York Times bestselling author of the Inspector Montalbano series brings us back to Vigata in the nineteenth century for a rip-roaring comic novel. 1870s Sicily. Much to the displeasure of Vigata’s stubborn populace, the town has just been unified under the Kingdom of Italy. They’re now in the hands of a new government they don’t understand, and they definitely don’t like. Eugenio Bortuzzi has been named Prefect for Vigata, a regional representative from the Italian government to oversee the town. But the rowdy and unruly Sicilians don’t care much for this rather pompous mainlander nor the mediocre opera he’s hell-bent on producing in their new municipal theater. The Brewer of Preston, it’s called, and the Vigatese are revving up to wreak havoc on the performance’s opening night.