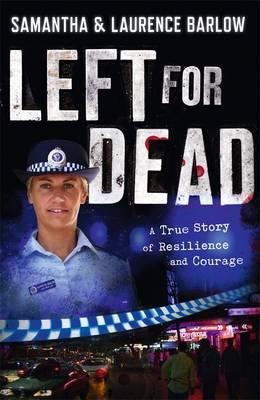 ‘Samantha Barlow doesn’t stand a chance. The first she knows of his presence is when she feels a blow, hard to the back of her head, delivered with such force, it actually dents her skull.’ Samantha Barlow’s life changed the day she was brutally attacked on the way to work in Sydney’s notorious Kings Cross. The popular, confident young woman was left for dead, dragging herself to a lonely bus stop, desperate to stay alive for her two young children. The police who attended the crime scene didn’t recognise their colleague. Inspector Laurence Barlow watched helplessly as his wife’s life lay in the balance. He’d spent his career stopping violent offenders, but now found himself on the other side of a crisis. Samantha could have been any woman - her attacker was a junkie after money. Her story touched people everywhere- her resilience, her indomitable spirit and her triumphant return to work after 22 months of rehab is an inspiration to all Australians.