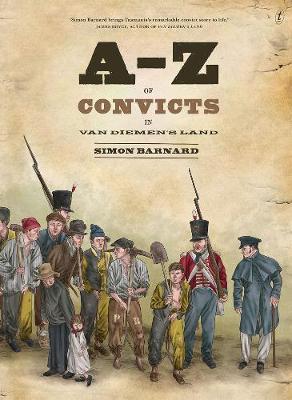 Seventy-three thousand convicts were transported to the British penal colony of Van Diemen’s Land in the first half of the nineteenth century. They played a vital role in the building of the settlements, as well as the running of the newly established colony.
Simon Barnard’s A-Z of Convicts in Van Diemen’s Land is a rich and compelling account of the lives of the men, women and children who were transported to Tasmania for crimes ranging from stealing bread to poisoning family members. Their sentences, punishments, achievements and suffering make for fascinating reading. And the spectacular illustrations, each one carefully drawn in meticulous detail from contemporary records, bring this extraordinary history to life.
$45.00Add to basket ›

END_OF_DOCUMENT_TOKEN_TO_BE_REPLACED

Mary MacKillop watched Australia grow from a collection of small colonies into a nation - and she was proud of the country she had a part in creating. How did Australia change in her lifetime? And how much influence did Mary...

Coming of Age: Growing Up Muslim in Australia

In this refreshing and fascinating collection, twelve Muslim-Australians - some known names, some not - reveal their fascinating, funny, candid stories of growing up with a dual identity.