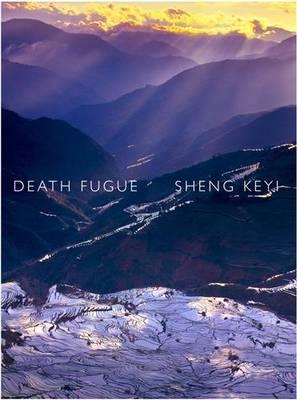 Published for the first time in English by Giramondo, Death Fugue is the bold attempt by a prominent Chinese novelist to confront the legacy of protest and suppression which haunts her generation. Sheng Keyi was born in Hunan province in 1973 and lives in Beijing. Death Fugue is her sixth novel, and the second to be published in English translation, after Northern Girls (2012). It is a brave work of speculative fiction, a cross between Cloud Atlas and 1984, scathing in its irony, ingenious in its use of allegory, and acute in its understanding of the power of writing. The imagination that drives it is exuberant and unconstrained.
In a large square in the centre of Beiping, the capital of Dayang, a huge tower of excrement appears one day, causing unease in the population, and ultimately widespread civil unrest. The protest, in which poets play an important part, is put down violently. Haunted by the violence, and by his failure to support his girlfriend Qizi, who is one of the protest leaders, Yuan Mengliu gives up poetry in favour of medicine, and the antiseptic environment of the operating theatre. But every year he travels in search of Qizi, and on one of these trips, caught in a storm, he wakes to find himself in a perfect society called Swan Valley. In this utopia, as he soon discovers, impulse and feeling are completely controlled, and every aspect of life regulated for the good of the nation, with terrible consequences.
$29.95Add to basket ›

END_OF_DOCUMENT_TOKEN_TO_BE_REPLACED

Published for the first time in English by Giramondo, Death Fugue is the bold attempt by a prominent Chinese novelist to confront the legacy of protest and suppression which haunts her generation. Sheng Keyi was born in Hunan...

The Man with the Compound Eyes

From the author of The Stolen Bicycle - longlisted for the International Man Booker Prize On the island of Wayo Wayo, every second son must leave on the day he turns fifteen as a sacrifice to the Sea God.