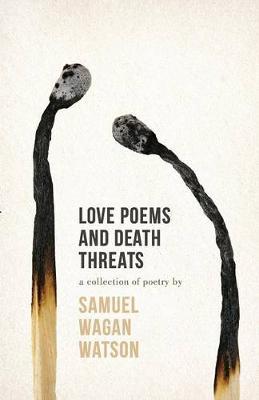 Samuel Wagan Watson is the winner of the Patrick White Literary Award 2018
Samuel Wagan Watson set the literary world alight in 1999 with his David Unaipon award-winning collection of poems Of Muse, Meandering and Midnight. His next volume, Smoke Encrypted Whispers, won Book of the Year at the NSW Premier’s Literary Awards. In this, his first new volume of poetry in nearly a decade, he once again excites, inspires and shocks.
Woven into this collection is a dark, satirical take on contemporary Australia, with its acquisitiveness and materialism, Wagan Watson shows an intense political engagement. The poems are dynamic, vivid and powerful, containing the clear language of witness reminiscent of Indigenous song-writers such as Kev Carmody and Dr Yunupingu.
Love Poems and Death Threats breaks new ground for Indigenous Australian writing and adds to Samuel Wagan Watson’s reputation as one of our most exciting poets.
$24.95Add to basket ›

END_OF_DOCUMENT_TOKEN_TO_BE_REPLACED

The Fire of Joy

The Anthology of Australian Prose Poetry

Love Poems and Death Threats breaks new ground for Indigenous Australian writing and adds to Samuel Wagan Watson's reputation as one of our most exciting poets.

Contains poems from Watson's publications. Road poems, urban songlines, and ancestral ties are the hallmarks of this popular young poet.