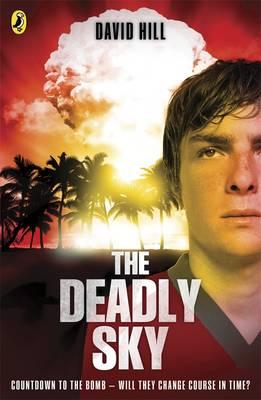 The plane bucked sideways, flinging Darryl against the cabin wall. It plunged vertically, jolted so hard that his teeth clacked together, then started skidding downwards through the sky. The screams rose to a frenzy. Then Darryl felt the aircraft turning, swinging towards the right. They were heading towards Mururoa. And towards the nuclear bomb waiting there. The bomb due to explode in fifty-seven minutes. It’s 1974, and a dark, cold New Zealand winter. So when Darryl’s mum announces she is going to the remote Pacific island of Mangareva for work, and she’s taking him with her, he is thrilled. But even as Darryl soaks up the warmth and peaceful beauty of French Polynesia, his holiday is darkened by violent anti-nuclear protests. Plus there’s Alicia, with her furious outbursts against all Pacific nuclear tests. Darryl knows she’s talking rubbish. What he doesn’t know is that when he boards Flight 766 to fly home, his life and the lives of others will be changed forever. Also available as an eBook