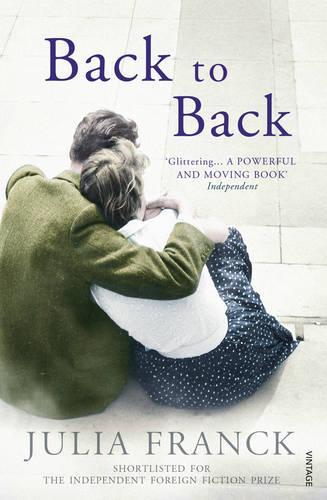 This is the moving story of a brother and a sister caught in the tide of the Cold War. Kathe is a Jewish sculptor living in East Berlin. A survivor of the Nazi era, she is a fervent socialist who has been using her political connections to secure more significant commissions. Devoted entirely to success, she is a cruel and abrasive mother to her children. Kathe barely acknowledges Ella’s vulnerable loneliness and Thomas' quiet aspirations, and her hard-nosed brutality forces her children to build an imaginary world as a shelter from the coldness that surrounds them. But the siblings find themselves enclosed by the Berlin Wall, and unable to pursue their dreams.
Heartbreaking and shocking, Back to Back is a dark fairytale of East Germany - a moving personal story of love, betrayal and disillusionment within a single family that reflects the greater tragedy of the world around them.
$22.99Add to basket ›