Ming’s Adventure on China’s Great Wall: A Story in English and Chinese 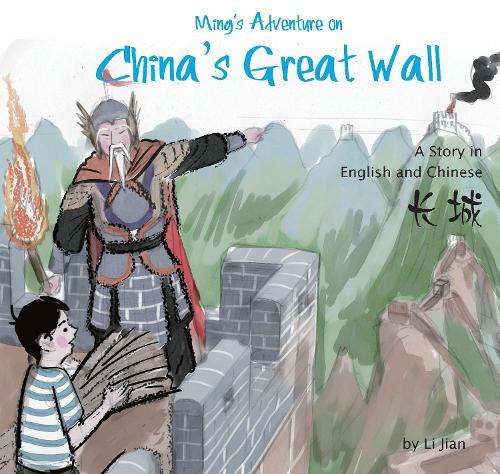 Ming’s Adventure on China’s Great Wall: A Story in English and Chinese

Age range 4 to 8 Ming is back-and this time, he and his father get lost on a visit to the Great Wall! After Ming’s exciting adventures in the Forbidden City, Ming and his father travel to the Great Wall to learn more about the creation of the longest structure ever build by humans. On their way, they take a wrong turn, leading to a great adventure as Ming and his father get to tour the wall and encounter all sorts of important figures from history and literature! The patron saint of the Great Wall shows Ming all the important passes and Ming even gets to meet the very emperor who had the Great Wall built! But when the emperor runs into a tricky situation at the beacon tower, it’s up to Ming and some important information to save the day. Children will love to travel the wall with Ming as this delightful adventure brings to life the Great Wall and how it as influenced China over its 2000-year life span. I love the way this story weaves fictional adventure and historical and cultural facts together. Kids are interested in the adventure and parents and teachers will be pleased that they’ll also be learning about history at the same time. Include the beautiful illustrations, and it’s a great book for your collection! -CastleViewAcademy.com Ming’s Adventure on China’s Great Wall is about Ming going through layers of Chinese history with a general and the emperor who built The Great Wall. He learns of this wall’s significance, the enemies that stormed it, huge markets selling food for its people on or near it, and much more. -Flavor and Fortune magazine