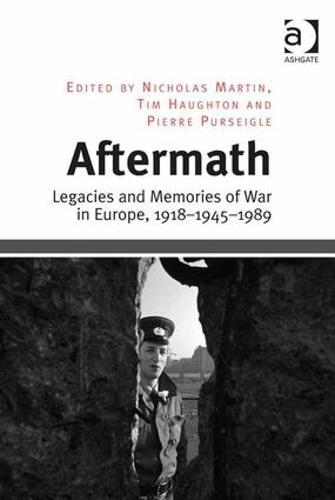 Focusing on three of the defining moments of the twentieth century - the end of the two World Wars and the collapse of the Iron Curtain - this volume presents a rich collection of authoritative essays, covering a wide range of thematic, regional, temporal and methodological perspectives. By re-examining the traumatic legacies of the century’s three major conflicts, the volume illuminates a number of recurrent yet differentiated ideas concerning memorialisation, mythologisation, mobilisation, commemoration and confrontation, reconstruction and representation in the aftermath of conflict. The post-conflict relationship between the living and the dead, the contestation of memories and legacies of war in cultural and political discourses, and the significance of generations are key threads binding the collection together. While not claiming to be the definitive study of so vast a subject, the collection nevertheless presents a series of enlightening historical and cultural perspectives from leading scholars in the field, and it pushes back the boundaries of the burgeoning field of the study of legacies and memories of war. Bringing together historians, literary scholars, political scientists and cultural studies experts to discuss the legacies and memories of war in Europe (1918-1945-1989), the collection makes an important contribution to the ongoing interdisciplinary conversation regarding the interwoven legacies of twentieth-century Europe’s three major conflicts.