A Very Short History of the World 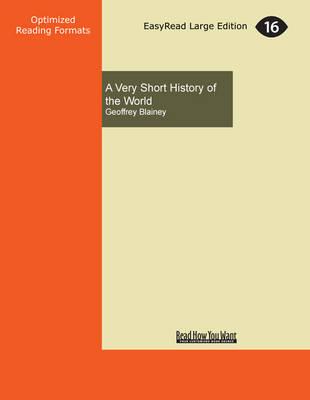 A Very Short History of the World

This is the story of the world’s people during the last four million years. It begins before the human race moved out of Africa to explore and settle the other continents, several of which were later marooned by the great rising of the seas. It is the story of the inhabited world being pulled apart, and of it coming together again in recent centuries.