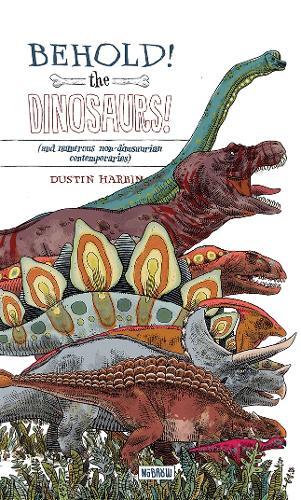 Can you name over 100 Dinosaurs off the top of your head? Do you know which of them came first? Which of them went first? Which were the tallest and longest and which were the smallest and shortest? Which of them by travelled by land and sea, or sky?
Well if you don’t know, Behold, the Dinosaurs! will get you well on your way there, with over 100 of the most awe inspiring dinos and a handful of other prehistoric creatures that leap, crawl, run, fly, swim and slither from one side of this 4 m concertina to the other, right up to the point where well, you know.
$34.99Add to basket ›