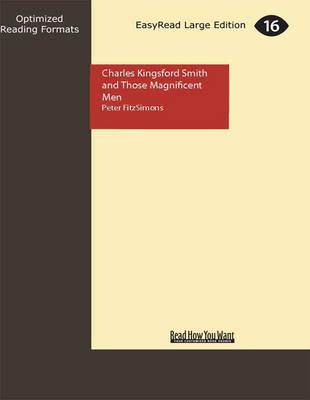 Sir Charles Kingsford Smith is one of Australias most loved heroes. In an action-packed life, the indomitable Smithy went from fighting as a soldier among the carnage of Gallipoli and the Western Front, to taking to the skies against the likes of the Red Baron - for which he won the Military Cross for gallantry - before becoming the greatest peacetime aviator of his generation. Along with Charles Ulm, he was the first man to conquer the Pacific by air, the first to fly across the Tasman Sea, the fastest man to fly from England to Australia, and the first pilot to circumnavigate the globe by crossing the equator. With typical flair, FitzSimons also tells the story of the several breakthroughs, some of which were discovered in Australia, which laid the foundation for the Wright brothers success in 1903; the first flight across the Channel in 1908; Germanys Red Baron terrorising the Allies in 1917.