The Search for HMAS Sydney: An Australian Story 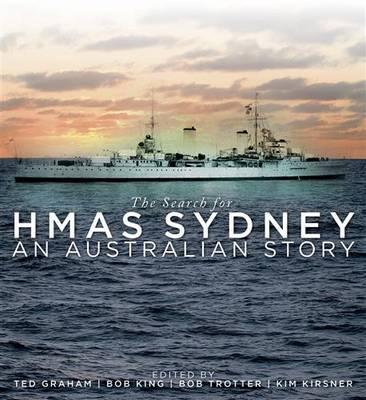 The Search for HMAS Sydney: An Australian Story

In November 1941 HMAS Sydney, the pride of Australia’s wartime fleet, and its crew of 645 disappeared without a trace off the Western Australian coast. All that was known was Sydney had come under fire from the German raider HSK Kormoran, which also sank. After numerous unsuccessful searches from the mid 1970s onwards, the Finding Sydney Foundation was set up and in March 2008 one of Australia’s greatest maritime mysteries was solved when both wrecks were finally discovered. The Search for HMAS Sydney pieces together the incredible story of Sydney, its crew and the families left behind. It details the innovative and powerful research procedures implemented by the Foundation to locate the wrecks of Sydney and Kormoran, their discovery and the detailed forensic analyses and commemorations that followed.