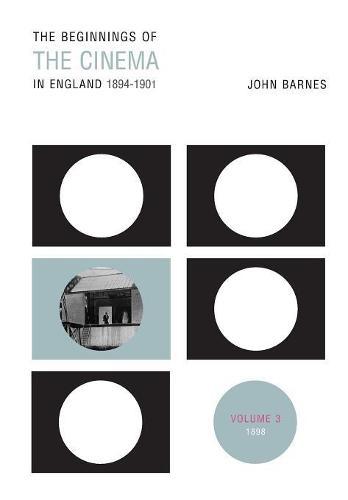 Describing in detail one of the most inventive periods in the history of English cinema, the volumes in this celebrated series are already established as classics in their field and represent a major contribution to international film studies. Each volume details the highlights of a single cinematic year, including details of production, manufacturers of equipment, dealers and exhibitors. This is augmented by numerous carefully chosen illustrations and a comprehensive filmography of English films, fiction and non-fiction, for the year. Particular attention is also paid to the ways in which the cinema of other countries affected the English industry. Volume 3 explains how by 1898 the playbills of almost every prominent English music hall featured cinema shows with musical accompaniment. Producers such as R.W. Paul, G.A. Smith and James Williamson began to experiment with ‘made up’ productions that anticipated cinema’s development as a storytelling medium. The volume also details the technical improvements in film processing and the influence of French and American film production on the English cinema industry.