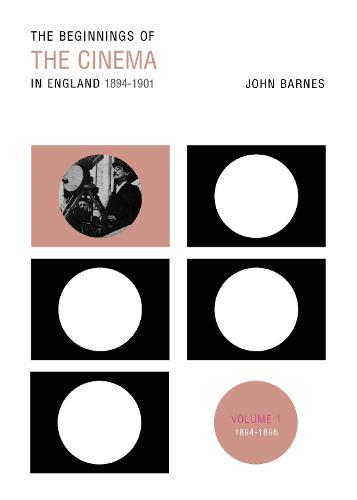 Describing in detail one of the most inventive periods in the history of English cinema, the volumes in this celebrated series are already established as classics in their field. Each volume details the highlights of a single cinematic year, including details of production, manufacturers of equipment, dealers and exhibitors. This is augmented by numerous carefully chosen illustrations and a comprehensive filmography of English films, fiction and non-fiction, for the year. Taking the Kinetoscope as its point of departure, Volume 1 explores in depth the progress made in the field of cinematography up until the end of 1896, by which time the film had become the main attraction of almost every major music hall in Great Britain. The contribution made by inventors such as R.W. Paul and Birt Acres is discussed in detail, as is also the work of hitherto forgotten pioneers of the British film. This volume is edited by Richard Maltby and has a foreword by David Robinson.