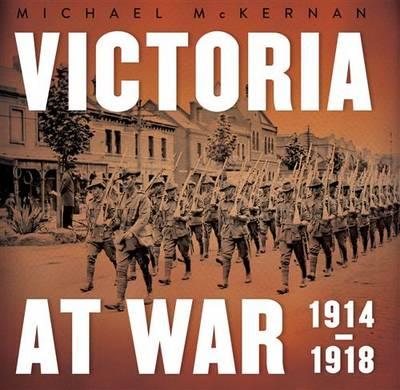 During the First World War, in Melbourne and communities throughout Victoria, schoolchildren knitted socks for the troops serving in Gallipoli, the Middle East and on the Western Front. Their families set up Red Cross branches to support the 91,000 Victorian servicemen and women overseas. Victoria at War records the achievements of the state’s soldiers, nurses and their families - including the Whitelaws from Gippsland with six sons enlisting, ‘Bert’ Jacka, the first Australian to be awarded the Victoria Cross in the First World War, and commander Sir John Monash.
Bestselling military historian Michael McKernan commemorates the generosity, devotion, sacrifice and spirit of a community pushed towards breaking point through stories from the home front and battlefront.
$29.99Add to basket ›

END_OF_DOCUMENT_TOKEN_TO_BE_REPLACED

Horses in Australia: An illustrated history