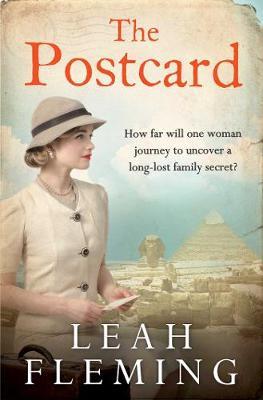 At her father’s funeral, a woman makes a shocking discovery that will send her across oceans and into the past…how far will one woman journey to uncover a long-lost family secret? 2002, Australia. When Melissa discovers a postcard addressed to a man named Desmond among her recently deceased father’s effects, she is determined to discover this person’s identity and his relationship to her father. She soon embarks on a journey that will take her across oceans and into the past… 1930s, London. Caroline grew on a secluded Scottish estate with her Aunt Phoebe. Now, the shocking realization that Phoebe is actually her mother fuels a rebellious streak in Caroline, who elopes to Cairo to get married. But her marriage quickly turns sour and leads to an affair with an old lover, and to a baby boy, Desmond. With her personal life in tatters and WWII approaching, she volunteers as a secret agent, smuggling valuable information into Europe for the British government. When Caroline finally returns from the war, Desmond is gone; he was secretly taken to Australia by his nanny years before. Will Caroline be able to track him down? And how will her journey to find her son lead to Melissa’s mission to uncover her father’s past?