Silver People: A Tale from the Panama Canal 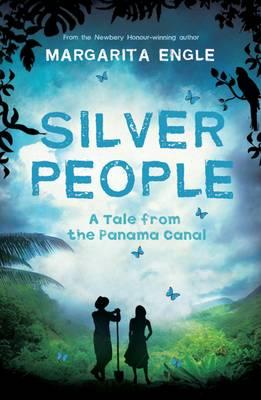 Silver People: A Tale from the Panama Canal

As the Panama Canal turns 100, Newbery Honor-winner Margarita Engle tells the story of its creation in this powerful new YA historical novel in verse. How can such a narrow bridge of land be so important? One hundred years ago, the world celebrated the opening of the Panama Canal. It was a miracle. Where a mountain once stood was now a path of water connecting the world’s two largest oceans. But creating a miracle is no easy task. For only a few coins a day, teenagers Mateo and Henry endure homesickness, backbreaking labour, ferocious heat, landslides, and disease as they dig through the mountain with little more than a shovel. Thousands around them lose their lives, while displaced souls like local herb girl Anita, and the endangered rainforest itself, do what they can to survive. This verse novel tells the story of one of the largest and most difficult engineering projects ever undertaken, as only Newbery Honour-winning author Margarita Engle could tell it.

YA novels in verse

Another Night in Mullet Town

Out of This Place