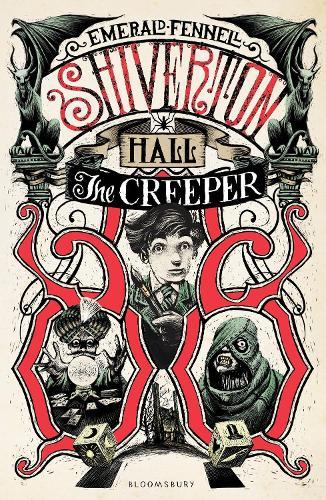 Don’t look behind you. Resist with all your power. He’ll go away, perhaps, as long as you don’t look. Arthur Bannister is back for another term at Shiverton Hall, where eerie events are unfolding. First, a burned stranger shows up in the middle of the night uttering dire warnings. Then a young boy disappears, leaving behind only an ancient book as a clue. And then there’s that dreadful feeling Arthur has that he’s being watched … Full of spine-chilling tales and deliciously creepy characters, this second story from Shiverton Hall is enough to make you leave the lights on at night.

Set in the Cornish town of Fowey, all is not as idyllic as the beautiful seaside town might seem. The body of a young woman is discovered in the nets of a fishing boat. It is established that the woman was murdered. Most are...

Sinister schemes and deadly deeds are afoot in this second terrifying tale from Shiverton Hall.