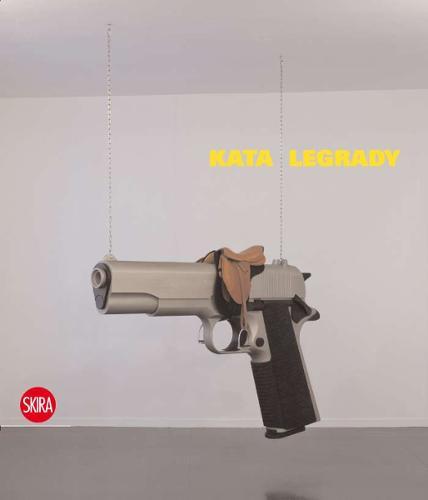 Kata Legrady (Hungary 1974) belongs to that long line of artists for whom an object offers the stimulus for artistic thought. Her approach takes the form of a symbolic encounter between objects associated with childhood with those associated with violence. In her work, an artillery shell, a bomb, a pistol, a Kalashnikov can be transformed from devices of death to works of art. The book gathers the work exhibited at Mudima foundation of the artist from the Guns and Candies of 2008, to the Gasmasks of 2009, Little Boy in 2009 and 2010, and the more recent works, from 2011: Mickey, Pearl Harbor; Government Balancoir; CatWoman; Cheval a Bascule, all the way to the Disney series. At first sight there is no precise message, no hidden aspect. We are not dealing with complex and stratified arrangements of images or objects but with restrained, frontal and simplified compositions. They are carriers that, as Jeff Koons put it so well, are there to stimulate and activate the viewer’s mental and physical state .