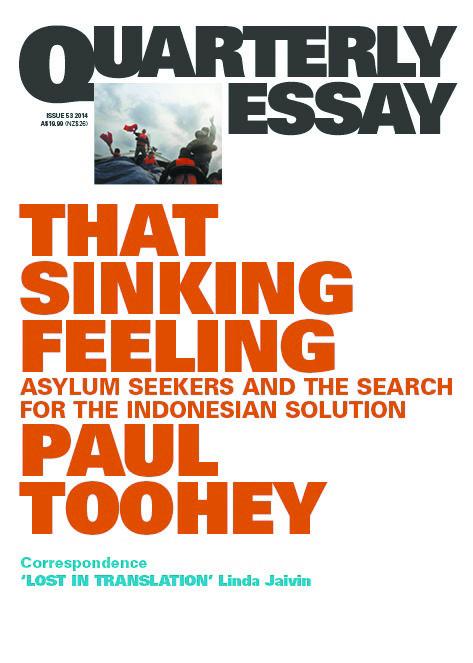 In Quarterly Essay 53, Paul Toohey looks at one of Tony Abbott’s signature promises: to stop the boats. Has his government succeeded? If so, at what cost?
In Java, Toohey observes asylum seekers heading for Australia and reports on the Indonesian response. He tells the stories of individual refugees, looks closely at people-smugglers in action, and witnesses the aftermath of a sinking at sea.
Toohey also examines Australian attitudes to refugees, and what politicians have made of them. He assesses the use of secrecy and the term ‘illegals.’ Tracing the path that led to the PNG Solution, he considers whether there are realistic alternatives to the brutally effective system we now have.
This is an unflinching look at people at their worst and best - and most ruthless and most vulnerable - by one of Australia’s finest reporters.
$19.99Add to basket ›