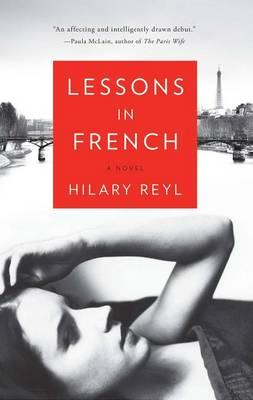 An evocative, coming-of-age story about a Yale graduate’s year in Paris as an assistant to a legendary American photographer: An appealing debut novel (Oprah.com, Editor’s Pick). It’s 1989, the Berlin Wall is coming down, and Kate has just graduated from Yale, eager to pursue her dreams as a fledgling painter. When she is offered a job as the assistant to Lydia Schell, a famous American photographer in Paris, she immediately accepts. It’s a chance not only to be at the center of the art world, but to return to France for the first time since, as a lonely nine-year-old girl, she was sent to the outskirts of Paris to live with cousins while her father was dying. Kate may speak fluent French, but she arrives at the Schell household in the fashionable Sixth Arrondissement both overwhelmed and naive. She finds herself surrounded by a seductive cast of characters: the members of the bright, pretentious family with whom she boards, their assortment of famous friends, Kate’s own flamboyant cousin, a fellow Yalie who seems to have it all figured out, and a bande of independently wealthy young men with royal lineage. As Kate rediscovers Paris and her roots there, she begins to question the kindness of the glamorous people to whom she is so drawn as well as her own motives in wanting their affection. In compelling and sympathetic prose, Hilary Reyl perfectly captures this portrait of a precocious, ambitious young woman struggling to define herself in a vibrant world that spirals out of her control. Lessons in French is rich and magnetic, a snapshot of one young woman’s life in a city at once ancient and bubbling over with life (Booklist).