Anzac’s Long Shadow: The Cost of Our National Obsession: Redbacks 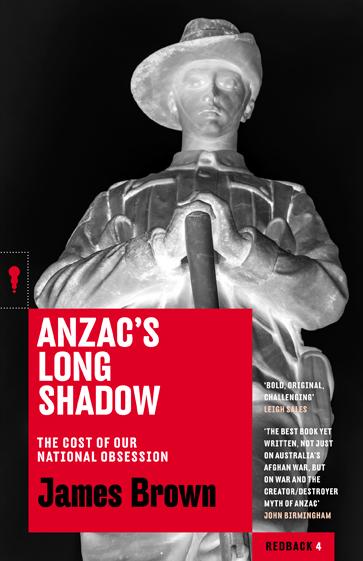 Anzac’s Long Shadow: The Cost of Our National Obsession: Redbacks

This year an Anzac orgy begins. A commemorative program that would make the pharaohs envious. But commemorating soldiers is not the same as connecting with them…
In Anzac’s Long Shadow, James Brown, a former army officer and brilliant young thinker, describes how Australia is investing too much time, money and emotion in the Anzac legend. He argues that when a legend comes to dominate reality, there is always a price to pay. He shows that Australians spend a lot more time looking after dead soldiers than those who are alive. We focus on a cult of remembrance, instead of understanding a new world of soldiering and strategy. And we make it impossible to criticise the Australian Defence Force, even when it makes recurrent mistakes. None of this is good for our soldiers or our ability to contend with a changing world.
With respect and passion, Brown shines a light on Anzac’s long shadow and calls for change:
Anzac has become our longest eulogy, our secular sacred, our national story. A day where our myth-making paints glory and honour so thickly on the military that it almost suffocates them. But look closer and you’ll find the servicemen and women increasingly standing to the side. Those who have fought fiercest in Uruzgan’s green valleys forgo their uniforms more often than not. They don’t want honour that rides with hubris. Or glory bestowed by a society that fetishises war but doesn’t know the first damn thing about fighting it.
$19.99Add to basket ›