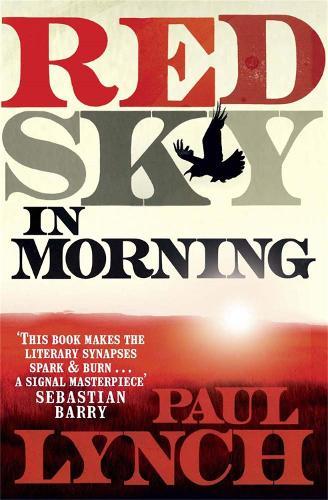 Spring 1832: Donegal, north west Ireland. Coll Coyle wakes to a blood dawn and a day he does not want to face. The young father stands to lose everything on account of the cruel intentions of his landowner’s heedless son. Although reluctant, Coll sets out to confront his trouble.
And so begins his fall from the rainsoaked, cloud-swirling Eden, and a pursuit across the wild bog lands of Donegal. Behind him is John Faller - a man who has vowed to hunt Coll to the ends of the earth - in a pursuit that will stretch to an epic voyage across the Atlantic, and to greater tragedy in the new American frontier.
Red Sky in Morning is a dark tale of oppression bathed in sparkling, unconstrained imagery. A compassionate and sensitive exploration of the merciless side of man and the indifference of nature, it is both a mesmerizing feat of imagination and a landmark piece of fiction.
$20.99Add to basket ›