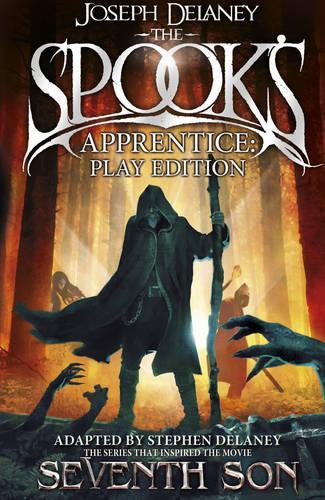 A play script edition of this bestselling story about an apprentice being trained to fight creatures of the dark by Joseph Delaney. Joseph Delaney’s popular book, The Spook’s Apprentice, told the story of Thomas Ward, apprenticed to the local spook to help keep the county safe from the Dark. The novel is the inspiration for the movie Seventh Son, starring Jeff Bridges, Ben Barnes and Julianne Moore, but has now been adapted for the stage by Joseph and his son Stephen.Suitable for casts large and small, this script is ideal for use in drama groups, english lessons and school plays.