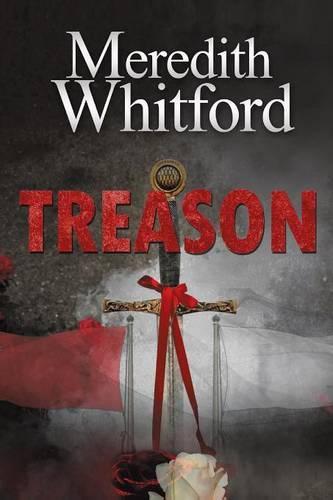 It was a time of war. A time of battles. And a time of Treason. As the Lancastrian forces struggle to win the English crown in the Wars of the Roses, Martin Robsart sees his parents killed and his home destroyed. Orphaned and alone, he grows up to serve his cousins, the Yorkist kings Edward IV and Richard III. And the boy becomes first a man - and then a soldier. But on the blood-soaked battlefields of the Wars of the Roses, he learns the true cost of loyalty and of love - and of betrayal. Treason is a meticulously researched and brilliantly written story that brings the Wars of the Roses vividly to life - and sheds new light on Richard III. It is a sweeping historical adventure story that is perfect for fans of Bernard Cornwell, Robyn Young and Simon Scarrow. Treason is the winner of the SimeGen Reviewers Choice Award and the EPPIE Award for Historical Fiction ‘I so much enjoyed reading Treason.’ - Elizabeth George, best-selling author of the Inspector Lynley mysteries ‘A gem.’ - T A G Hungerford ‘Sweeping, grand, ambitious … a fascinating historical novel, a wonderful work of fiction, and a romance of ages.’ - Kara L Wolf ‘Sublime … historical fact melds seamlessly with historical fiction.’ - Historical Novel Society Review ‘Treason is a lesson in history and storytelling, marrying one to the other with skill and bloody effectiveness.’ - Richard Foreman, author of ‘Augustus: Son of Rome.’