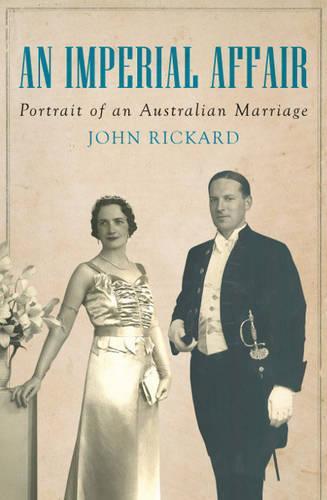 An Imperial Affair by award-winning author John Rickard takes us into the marriage of an Australian couple during a time when private lives were properly private but divorce a scandal. It shines a light on the family values and sexual dynamics of this period, conditioned as they were by the imperial relationship and cultural dependence on ‘the mother country’, which inevitably helped shape hopes, fear and desires.
This is also the beautifully told story of the writer’s sensitive and courageous quest to understand his parents Philip and Pearl, and the world he came from and grew up in, its fragile reality filtered through the prism of memory.
Part biography, part autobiography, part social history, An Imperial Affair is also a complex, quintessentially Australian meditation on the nature of love.
$68.71Add to basket ›