Elihu Washburne: The Diary and Letters of America’s Minister to France During the Siege and Commune of Paris 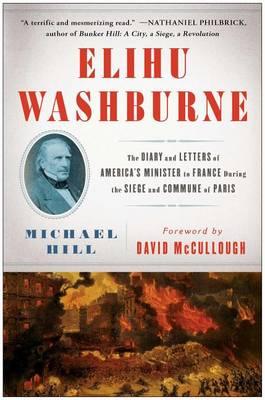 Elihu Washburne: The Diary and Letters of America’s Minister to France During the Siege and Commune of Paris

The inspiring, little-known diary and letters of American diplomat Elihu Washburne, who gallantly provided vital support to his countrymen and other nationals during the brutal Siege of Paris and Paris Commune. This is the remarkable and inspiring story-told largely in his own words-of American diplomat Elihu Washburne, who heroically aided his countrymen and other foreign nationals when Paris was devastated by war and the ensuing ravages of the Commune. Elihu Washburne was appointed minister to France by President Grant in 1869, arriving in Europe shortly before the outbreak of the Franco-Prussian War. He stayed at his post even as the Prussian army laid siege to Paris, and afterward when the revolutionaries of the Commune embarked on a reign of terror that filled the streets with blood. He was witness to countless acts of unspeakable desperation and violence, and yet he remained, at great risk to his own life, to protect American citizens and others as best he could. Michael Hill provides essential background and historical context to the excerpts, which are drawn from the original manuscript sources. Filled with political and military insight, Washburne’s writings tell the tale of an American hero rising to greatness in the midst of difficult and extraordinary times.