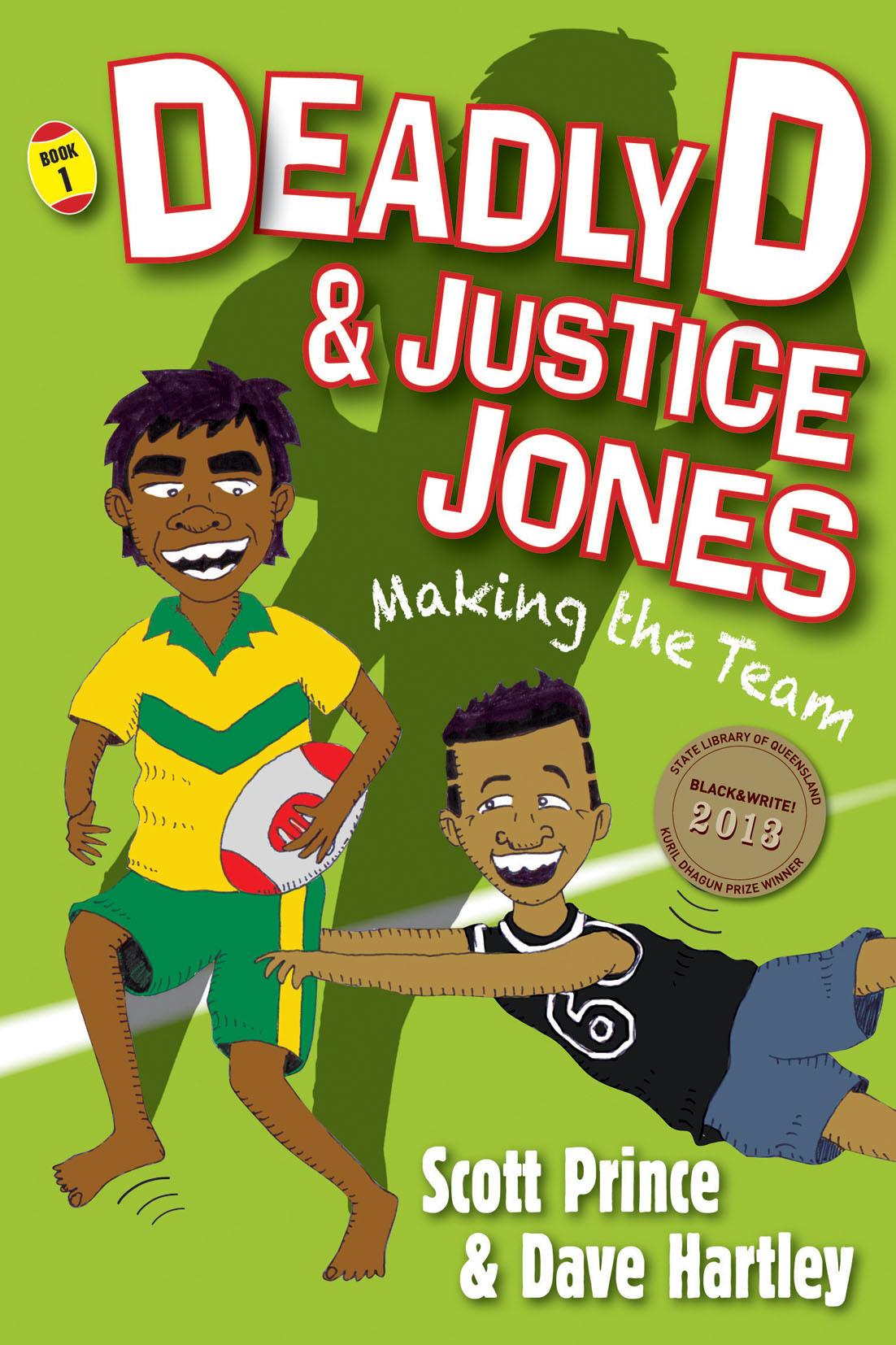 Eleven-year-old Dylan has to move from Mt Isa to Brisbane and he’s not happy. But as soon as he gets to Flatwater State School he finds a former Mount Isa Miner’s footy supporter in his principal and a ‘Broncos tragic’ as a teacher. He also makes a friend in Justice Jones and an enemy in Jared Knutz.
Dylan is cursed with an abnormality transforming him into a fully-grown man whenever he gets angry. Always a worry, the ‘curse’ proves to be a blessing in the city when his alter ego attracts the interest of the Broncos during a class excursion to watch the team train. Dylan becomes ‘Deadly D’ - a star player with the fire to rival even the great Prince! But how will he continue to keep the ‘curse’ a secret?
$12.95Add to basket ›