Japan at Nature’s Edge: The Environmental Context of a Global Power 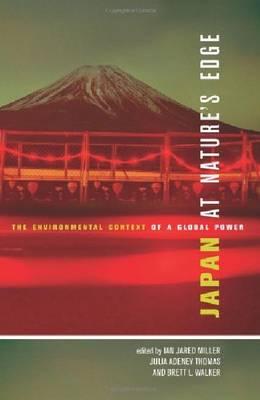 Japan at Nature’s Edge: The Environmental Context of a Global Power

Japan at Nature’s Edge is a timely collection of essays that explores the relationship between Japan’s history, culture, and physical environment. It greatly expands the focus of previous work on Japanese modernization by examining Japan’s role in global environmental transformation and how Japanese ideas have shaped bodies and landscapes over the centuries. The immediacy of Earth’s environmental crisis, a predicament highlighted by Japan’s March 2011 disaster, brings a sense of urgency to the study of Japan and its global connections. The work is an environmental history in the broadest sense of the term because it contains writing by environmental anthropologists, a legendary Japanese economist, and scholars of Japanese literature and culture. The editors have brought together an unparalleled assemblage of some of the finest scholars in the field who, rather than treat it in isolation or as a unique cultural community, seek to connect Japan to global environmental currents such as whaling, world fisheries, mountaineering and science, mining and industrial pollution, and relations with nonhuman animals. The contributors assert the importance of the environment in understanding Japan’s history and propose a new balance between nature and culture, one weighted much more heavily on the side of natural legacies. This approach does not discount culture. Instead, it suggests that the Japanese experience of nature, like that of all human beings, is a complex and intimate negotiation between the physical and cultural worlds.