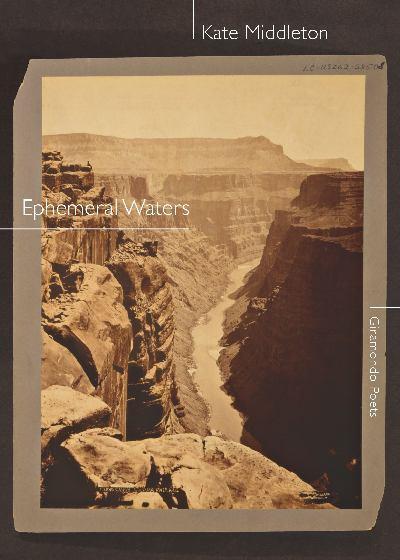 Ephemeral Waters is a book-length poem, told by an Australian traveller, which follows the once-great Colorado River from its source in the central Rocky Mountains, through the American Southwest and the Sonoran Desert of Mexico, to its historical delta in the Gulf of California.
It incorporates fragments drawn from geological surveys, archival documents, films, interviews and personal conversations: the voices woven through it range from John Wesley Powell, the leader of the first party to raft through the Grand Canyon, to movie star John Wayne and contemporary park rangers. The result is a polyphonic poem, both local and global in scope, embodying an Australian preoccupation with water in taking the over-taxed Colorado as a prophetic example of a river system in crisis
$24.00Add to basket ›