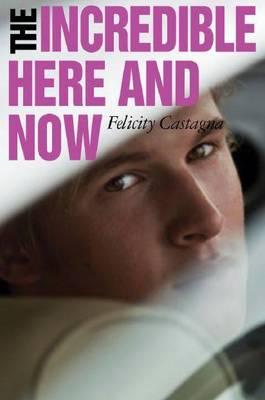 Michael’s older brother dies at the beginning of the summer he turns 15, but as its title suggests The Incredible Here and Now is a tale of wonder, not of tragedy. Presented as a series of vignettes, in the tradition of Sandra Cisneros' Young Adult classic The House on Mango Street, it tells of Michael’s coming of age in a year which brings him grief and romance; and of the place he lives in Western Sydney where ‘those who don’t know any better drive through the neighbourhood and lock their car doors’, and those who do, flourish in its mix of cultures.
Through his perceptions, the reader becomes familiar with Michael’s community and its surroundings, the unsettled life of his family, the girl he meets at the local pool, the friends that gather in the McDonalds parking lot at night, the white Pontiac Trans Am that lights up his life like a magical talisman.
$19.95Add to basket ›

END_OF_DOCUMENT_TOKEN_TO_BE_REPLACED

An exciting and engaging dystopian novel in the vein of John Marsden set in outer Sydney from a brand new voice in Australian YA literature.

Boarding for a term in the wilderness, sixteen-year-old Sibylla expects the gruesome outdoor education program - but friendship complications, and love that goes wrong? They're extra-curricula.

With a motley pack of possibly imaginary friends watching over her, Isola Wilde feels safe, loved. But even her protectors can't save her from the anguish of watching her mother's illness take over their house.

Life is made up of three parts: in the first third, you're embarrassed by your family; in the second, you make a family of your own; and in the end, you just embarrass the family you've made. That's how Billy's grandmother...

Sam Kinnison is a geek, and he's totally fine with that. He has his horror movies, his nerdy friends, World of Warcraft and until Princess Leia turns up in his bedroom, worry about girls he will not. Then Camilla Carter arrives...

Michael's older brother dies at the beginning of the summer he turns 15, but as its title suggests The Incredible Here and Now is a tale of wonder, not of tragedy. Presented as a series of vignettes, in the...