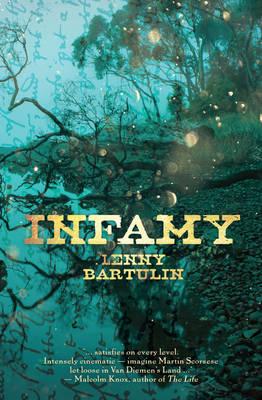 William Burr, the son of an English settler in South America, had a steady job hunting mahogany pirates in British Honduras. One day, injured and recovering after a jungle skirmish, he receives a letter from John McQuillan, his old friend and now Chief Police Magistrate in Hobart Town, with the offer of a reward for the capture of a notorious outlaw: and so Burr sets sail for the Antipodes, though with little idea of what to expect. He arrives in Van Diemen’s Land, the most isolated and feared penal colony of the British Empire, in 1830 to find a world of corruption, brutality and mystical beauty.
Following the trail of Brown George Coyne, the charismatic outlaw leader of a band of escaped convicts, Burr is soon rushing headlong through the surreal, mesmerising Vandemonian wilderness, where he will discover not only the violent truth of British settlement, but also the love of a woman, and the friendship of an Aboriginal tracker, himself an outcast on an island of outcasts. A brilliant and beguiling Australian Western by a writer of astonishing talent. Visceral, phantasmagoric, explosive and exhilarating - you have never read anything like it.

Lenny Bartulin’s exuberant new novel takes place in 1830, in what was then an isolated corner of the British Empire – Van Diemen’s Land. The nascent colony exists in a state of near anarchy, filled as it is with convicts, settlers, opportunists and a still unbowed native population, jostling for power under a thin veneer of official governance. The plot is a rich tapestry of highly believable characters and gripping conflicts, at the centre of which is a crazed half-English mulatto called Brown George Coyne, hiding out in the bush with an unruly mob of disgruntled brigands and a pilfered fortune, plotting a coup against the British regime in Hobart Town. Coyne is a wonderfully theatrical creation, reminiscent of Joseph Conrad’s Mr Kurtz in Heart of Darkness, and one who embodies the violence and megalomania of the imperial project. His opposite in the novel is William Burr, a high-minded, seasoned pirate-catcher sent for from Belize by the po-faced Lieutenant Governor George Arthur to capture Coyne.

The action takes place over three days, which, along with a bewilderingly long list of characters, lends the novel a dizzyingly frenetic pace. Bartulin exhibits a convincing command of the contemporary lexicon which runs through the prose as well as the dialogue, creating an immersive atmosphere of historical authenticity. The highly assured description evokes a sense of the disconcerting novelty experienced by natives and settlers alike.

Although some of the threads feel truncated, overall Bartulin juggles his large cast and complex plot with aplomb, and I particularly enjoyed an unconventional ending that refused to cave to the clichés of ‘Western’ narratives. The novel is a panoramic vision of the madness and mayhem of Australia’s early colonial experience and a highly enjoyable raucous adventure.

Charlotte Colwill works as a bookseller at Readings St Kilda.