The Fastest Gun in Hollywood: The Life Story of Peter Brown 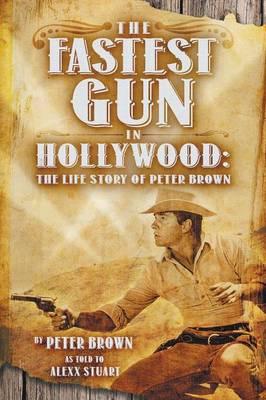 The Fastest Gun in Hollywood: The Life Story of Peter Brown

Peter Brown is best known as Deputy Johnny McKay on Lawman and Texas Ranger Chad Cooper on Laredo, but his show business career has spanned five decades from theatre to prime time television to movies to daytime soap operas. Frank Sinatra, Sammy Davis, Jr., Dean Martin, Ann-Margret and Hugh Hefner are just a few of the many stars he has counted as friends. The Fastest Gun in Hollywood is much more than just Peter’s show business days. Friends and family are his proudest accomplishment. He lovingly tells his story, first of growing up in a strong family setting, and then up through his days as a husband, father and grandfather. Peter Brown has lived an exciting life. The Fastest Gun in Hollywood is his chance to share it with his fans.