Off with Her Heart 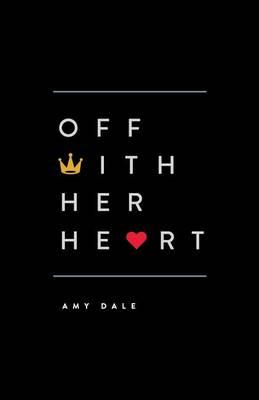 Off with Her Heart

Before there was an Alice, there was a Queen of Hearts. And before there was a Queen of Hearts, there was a girl who lost all heart. This is her story. Katy has spent the rst twelve years of her life wishing time away. Until she nds herself sucked in a world completely out of time, a literal wonderland bursting with wild magic, beauty and technicolor dreams come to life. But this land also surges with an undercurrent of poisonous spells, dark forests, and deep evil. A place one could quite literally lose her head. It’s a world at once familiar yet radically distinct. Wonderland before Alice rst arrived. A place where the Cheshire Cat and the Mad Hatter roam alongside creatures such as a snake named Waith and a stuttering lizard known as Lutwidge. Katy never asked to be there - or for the life-or-death adventure she nds herself in. Yet in a kingdom where almost anything can happen, Katy must somehow awaken the one thing that’s impossible for her to live with or without…her heart.