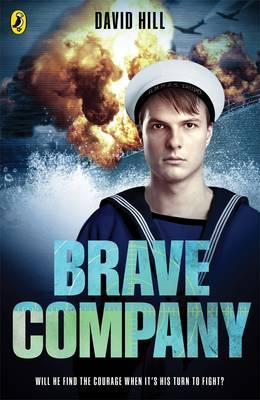 Featured on the New Zealand Listener’s 50 best children’s books 2013 Something in the water, a hundred yards or so away. Russell jerked the binoculars back, trying to find it again. He had to be sure; mustn’t make a fool of himself. Where was it? Then he saw it through the lenses once more.His voice rang along the deck. ‘Mine! Bearing 290 degrees. 100 yards. Mine!’ Sixteen-year-old Boy Seaman Russell Purchas is stationed on HMNZS Taupo, which has just entered hostile waters off the coast of Korea. It’s 1951, and his ship is part of the United Nations force fighting in the Korean War. Russell is determined to prove himself against the communists - not just because he wants to be brave, but because he wants to escape the shadow of his Uncle Trevor, killed in World War II. Everyone thinks Trevor was a hero, but Russell knows the shameful truth. But can Russell keep himself together when the shells start falling? And does he really know what courage means? A gripping novel about the Korean War for 9-12 year olds.