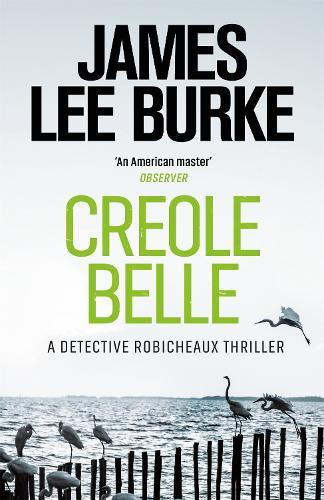 CREOLE BELLE begins where the last book in the Dave Robicheaux series, THE GLASS RAINBOW, ended. Dave is in a recovery unit in New Orleans, where a Creole girl named Tee Jolie Melton visits him and leaves him an iPod with the country blues song ‘Creole Belle’ on it. Then she disappears. Dave becomes obsessed with the song and the memory of Tee Jolie and goes in search of her sister, who later turns up inside a block of ice floating in the Gulf. Meanwhile, there has been an oil well blowout on the Gulf, threatening the cherished environs of the bayous. CREOLE BELLE is James Lee Burke at his very best, with beloved series hero Dave Robicheaux leading the charge against the destruction of both the land and the people he has sworn to protect.