Mad Men of the Mountains 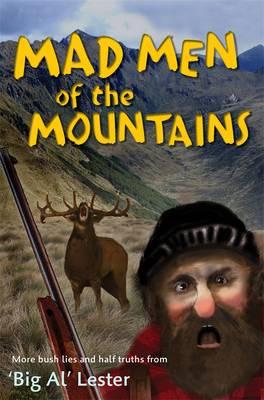 Mad Men of the Mountains

‘The mountains have a habit of bringing out the best in people, despite the hardships that rain, hail and snow often throw in. In fact, it’s only after a bit of adversity comes along that a person’s true character comes to the fore. Those with a love for the hills take these things on the chin and just get on with enjoying it.’ Once described as ‘Barry Crump meets Fred Dagg’, ‘Big Al’ Lester is the modern-day master of the hunting genre. Mad Men of the Mountains - Al’s seventh collection of yarns - is another rollicking ride through New Zealand’s wild outdoors, a countryside he so obviously loves. Armed with his rucksack, a rifle and a keen sense of humour, Al and his mates encounter all manner of beasts that got in the way and many a curly situation to test their mettle. Plenty of off-the-wall adventure for the hunting mad and hard case! Also available as an eBook